This is the start of a new series of blog posts about how to incorporate tactical gear into your everyday’s life. If tactical gear is part of the tools of your trade you might get a bit bored by this series - but let’s hope you can still get one or two good ideas out of it. It’s more about how people running „normal“ lives can improve by the means of high quality gear and tactics which might not look appropriate in the first place. We use „improving“ in a very wide spectrum of meaning ranging from „can safe your life“ to „just have fun“.

One of the first aspects about diving into the world of tactical gear you will realize is that other people tend to misinterpret your want for things like pocket knives, flashlights and backpacks you can run over with a tank and still use them. „What do you need this stuff for, anyway?“ will be a question you’ll be asked a lot of times. The answer is easy. Or maybe not completely easy because it depends on your actual life. Eventually there is a good reason why you just need certain things others might not understand. But for the most of us it’s just a hobby with (a lot of) benefits. You don’t need to need stuff to like it.

Take me as an example: In my daytime job I work at an IT consulting company. Parts being team lead of support engineers part being consultant and traveling to customers.

The benefits I was talking about are the answers to questions ranging from „does anybody have a knife around“ over „oh, I just dropped something in this dark bar room“ to „he’s bleeding to death, can anybody help“.

Before we dive deeper into different aspects of being a „tactical gear head“ there’s one other thing to consider. While you might go full on specops style in your spare time, the most of us have a daytime job where your boss (or customers) don’t like you looking like you were just on the way to the battlefield. Since you spend lots of hours a day in your job you might want to find a way of incorporating gear and tactics into all aspects of your lifestyle but keep to a level that’s ok for your daily environment. There are concepts like „gray man“ which aim at going completely unrecognized. They have their reasons why you want to stick to them but fortunately there are many situations where it’s totally ok to be recognized as someone who is into the stuff we’re gonna talk about. You might even want to express your being a fan because it’s part of your personality and it helps with finding like minded people. And expressing your individuality is the exact opposite of what „gray man“ is about.

Personally I try to adapt to my surroundings but still show my being a gear head as much as possible. There are times when I try to go unrecognized and times where I do the opposite - it just depends on the occasion. If this is something you think you could benefit from, this series wants to show you different ways of living the "gear nerd" lifestyle while fitting into every situation. Tips will range from showing just enough gear to express your individuality to going completely unnoticable as someone who wants to be prepared for things to come. (And sometimes just going bonkers and don’t care at all and just live the love for gear in its full camo covered, velcro patched, MOLLE/PALS webbed beauty)

widhalmt is what you might call a tactical gearhead with a focus on collecting. Like your average nerd he likes to dig into topics he's interested in and learn as much about them as possible. Then he tries to get hold of his items of interest (he's quite picky about brand and model when he chose a certain item) and put them to the test. Be it while walking the dog in the woods or go for overnighters outdoors.

In his daytime job he works as lead support engineer for an open source IT consulting company. Since his work involves a lot of travelling and going to customers he has quite some experience in choosing items that are rugged enough for constant travelling but still work in an office environment without offending anyone by being "too tactical" (although he tends to stretch that last part a bit). It's safe to say that he has some tactical gear on him when he walks out the door (and sometimes even when he stays at home).

In tactical gear he has very widespread interests but if he had to pick something, it's be knives, bags/backpacks and camo patterns (especially PenCott) 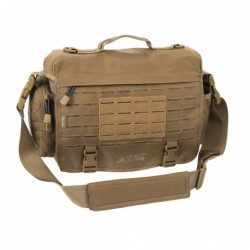 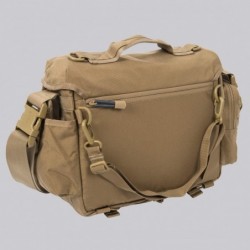